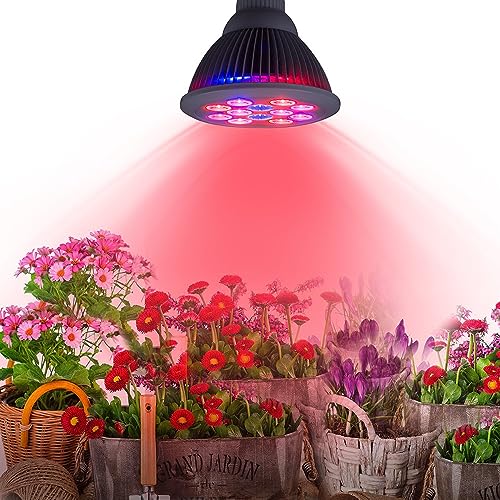 LED grow lights provide an advantage for growers who are currently experiencing heat issues with their traditional grow lights. While still considered a new addition to the glow lamp family, LED lights actually are a great choice for grow lights and it’s all thanks to their advanced technology. If you are not using LED grow lights then it’s about time that you considered it.

Here are some of the reasons why:

We have been taught in school about white light being made up of varying light frequencies. One example is a rainbow where white light is actually split into various colors. If you have done your research regarding light and its effect on plant growth, then you know that plant is only capable of absorbing certain light frequencies which are at the blue and red ends of the spectrum. However, since LEDs can tailor the light they emit, it will lead to less energy wastage which reduces to a more energy-efficient approach when growing plants using grow lights. This is probably one of the main reasons why it is important to use LEDs instead of the traditional grow lights for growing your plants.

Traditional grow lights like metal halide and HPS normally heat up. This means they require a cooling system to prevent the hydroponic garden from burning. In other words, you need to have some basic electrical knowledge to wire up a cooling system that will suit your lighting system. And, depending on your cooling method, this could prove to be very expensive. But with LED grow lights, the need for a cooling system is eliminated since the bulbs only emit a low level of heat and will just become slightly warm to the touch. And, since they are low voltage, they only require less electricity to operate.

One major advantage of LED lights is that they last longer than other types of bulbs. They last for an average of 100,000 hours which is 50 times longer than lights such as metal halide and HPS. Also, since they don’t suffer from light degradation as time goes by, their light spectrum will remain constant during their lifetime.

Unlike the traditional grow lights, LEDs actually don’t require ballasts. This makes them lighter than the typical grow lighting system. And since they can be fitted into normal light fittings, you won’t experience any issues in looking for a light fitting in order to house your LED bulbs in.

Other than that, LED lights require no reflectors considering that they already have their own built-in reflectors, thus allowing you to save even more.

With the main points of using LED grow lights mentioned above, there is no longer a need to continue using your traditional grow lights and experience problems later on.